The unfortunate part about not currently having a roommate or many friends in the city is that I haven’t been baking as much as I would like. It doesn’t make sense to bake a cake or cupcakes when I would be the only one eating it, so I haven’t. Instead I’ve just been making doughnuts every so often, since most recipes only yield about six, which is much more acceptable than twenty-four or an entire towering pan. 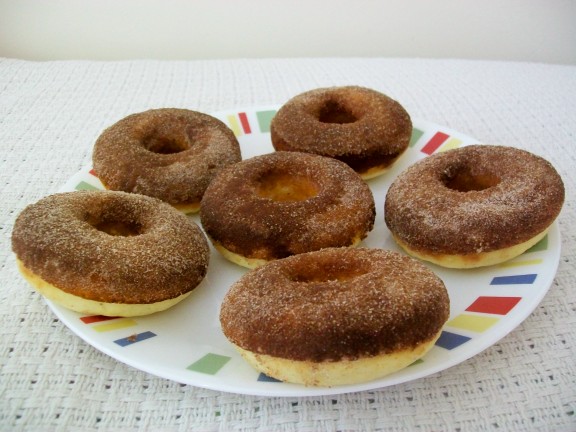 I’ve been craving cinnamon rolls, lately, but it would be silly to make even a half batch of them just for myself. All of that butter and sugar is just crazy to consume alone. However, I found the next best thing with these Cinnamon Sugar Doughnuts from Table for Two. The really nice thing about baked doughnuts is that they rarely call for much butter or oil, so I can make a batch and eat them over a few days for breakfast or dessert without feeling quite as badly as I would if I had made the cinnamon rolls. 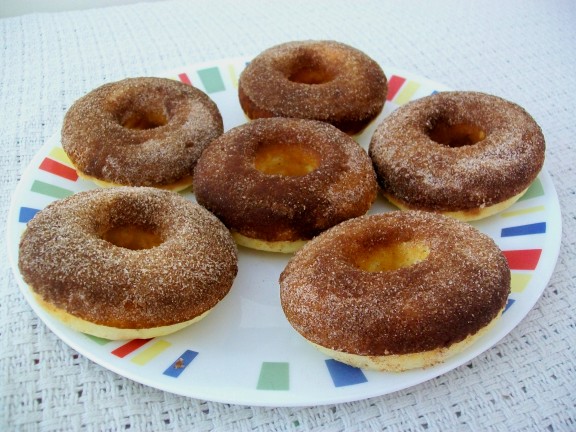 These doughnuts are pillowy delights of deliciousness. They rose beautifully in the oven, and I think that’s because they call for a higher baking temperature (450*) than other doughnuts I’ve made. They also stuck to the pan a bit, but  not so much that they fell apart or lost little chunks upon extraction. 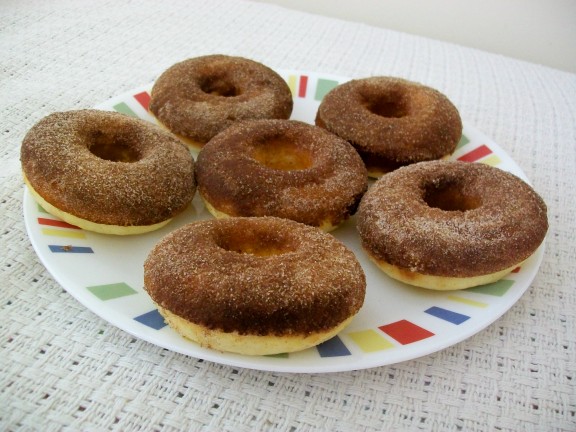 I was also a bit heavy-handed with the cinnamon sugar coating, which slightly overshadowed the flavor of the doughnut. I enjoyed it though, because in this instance I wasn’t really looking for a doughnut, but rather a vessel to deliver copious amounts of cinnamon. I thoroughly enjoyed every bite, and I think I might revisit this recipe for future cravings.