I’m known for my apple pies. My father refuses to eat anyone else’s, and that’s saying something, because he eats any sort of sweets. I usually only make one a year, so it has to be the best. However, this one pie recipe had been nagging me for a while, and I knew I needed to make it soon. Goodbye classic apple pie, hello delicious substitution! 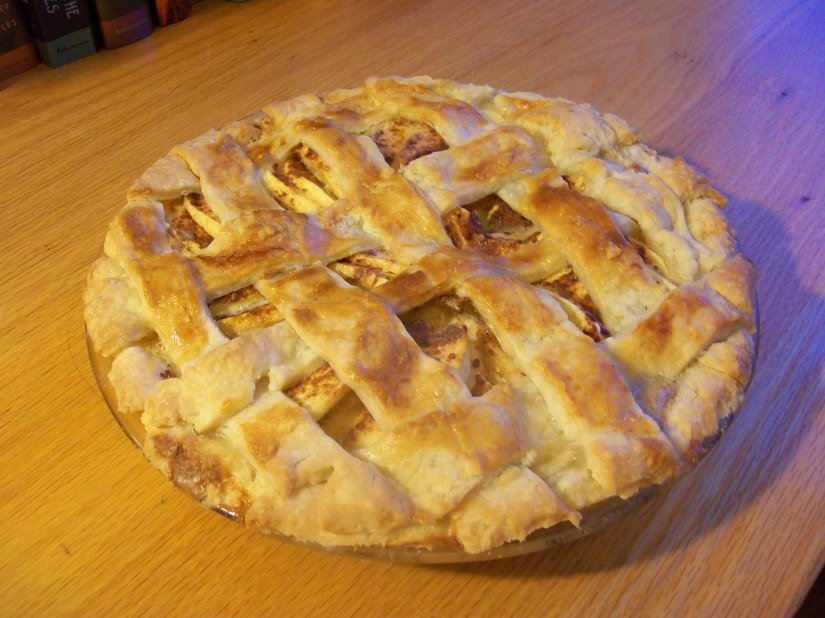 Anything with sweetened condensed milk has got to be a winner, right? Right! This recipe is different in every way possible from my go-to pie, but I still loved it. 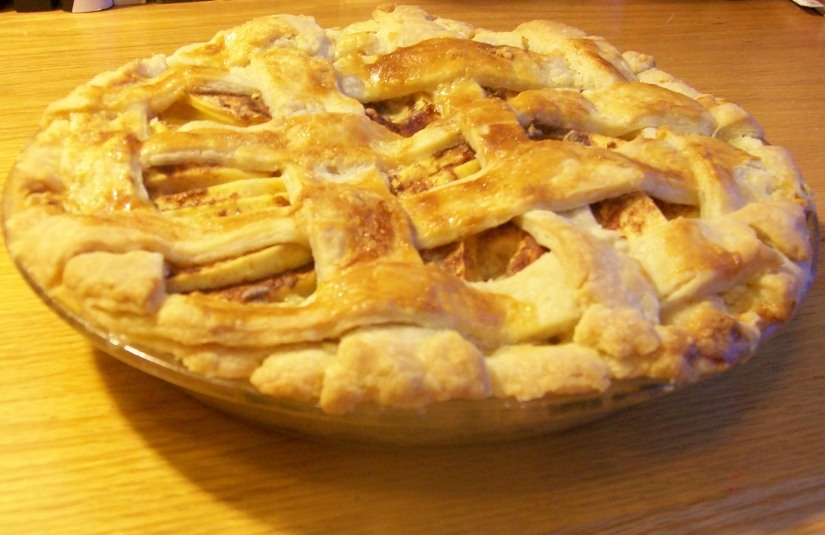 I still can’t believe I had the patience to make a lattice crust. I have never done that before, but I have to say I like the effect. It definitely won’t be for every two-crust pie I make, but it’s nice to know I’m capable of doing it.

The pie filling was a bit runny overall, but it wasn’t a deal-breaker. If I do this again I might add a bit more cornstarch to soak up some more of the juices. Problem solved!

While there’s no picture of it, I made ice cream to accompany the pie. I’m seriously in love with how simple this ice cream process is. I’m not sure how many times I’ve made it now, but it’s in my recipe box to stay. I added an overload of vanilla extract, and I think I’ve finally found the right amount to add (a lot) so that it doesn’t just taste like sweetened condensed milk (not that that’s a bad thing). 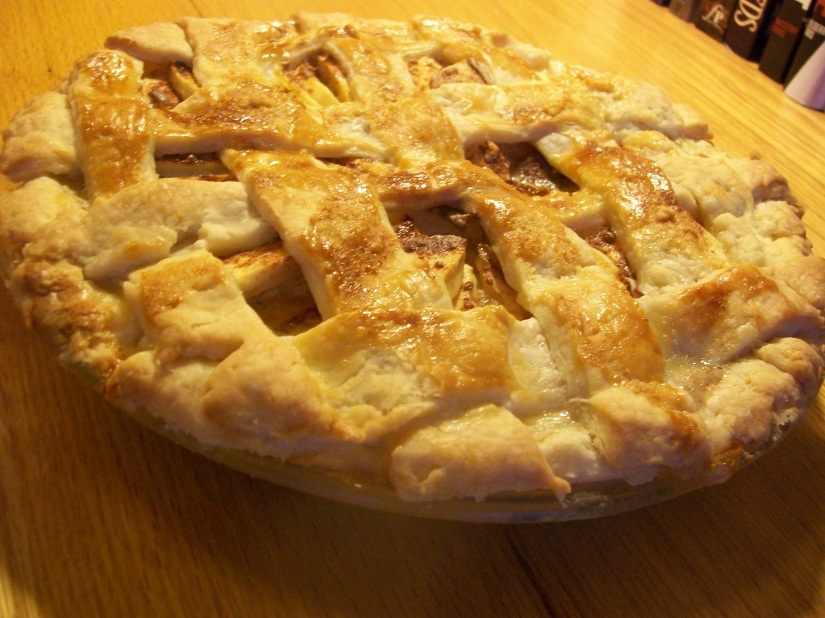 Apple pie à la mode, good tv, and my suitemates. A wonderful end to a weekend, and a wonderful start to a three-day week! Thanksgiving’s right around the corner now!