During my time away from the blog I made a couple of things that, if made repeatedly, could result in a death by chocolate. They were too delicious and absolutely to die for!

These Cheesecake Brownies from Buns in my Oven were fantastic. I made them for dessert for dinner at a friend’s apartment. We each made something, and it was all really good. We gorged ourselves on pulled brisket, mashed potatoes, potato rolls, and my brownies–a good old homemade, stick to your ribs dinner that we were all seriously craving by the end of the semester.

Unfortunately I didn’t get any pictures of them before we dug in, but that just means I’ll have to make them again sometime. 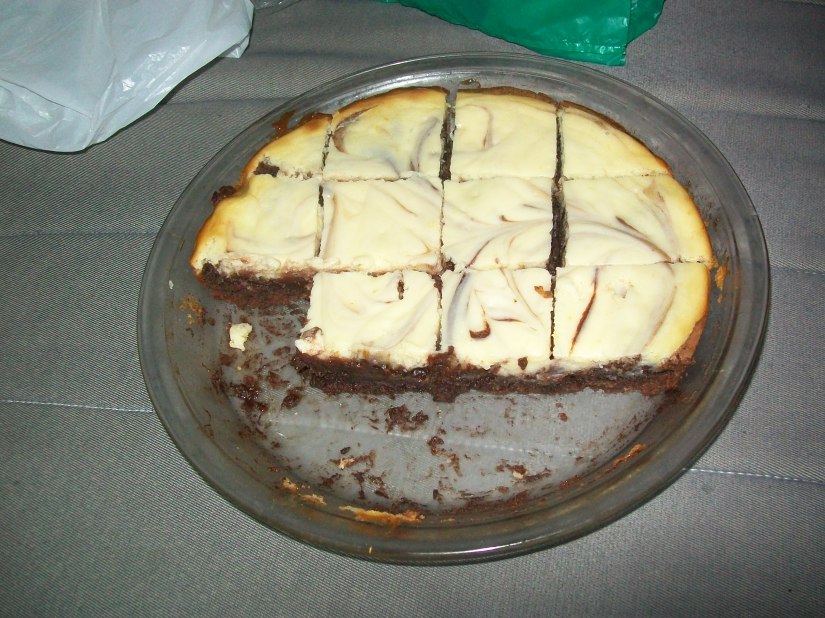 My next dessert of death consisted of my go-to brownies with homemade ice cream.

The brownies were so moist and gooey that I hope I can replicate this same effect in the future. Rather than use semi-sweet chocolate chips like I usually use, I had a giant bar of dark chocolate from Trader Joe’s that I chopped up and melted into the batter, and then I added more chunks before baking.

For the ice cream, I found this super easy recipe on kevinandamanda.com. It didn’t even require an ice cream maker, rock salt, or any of that stuff! Color me a happy camper. I’m definitely going to be making this over and over and adding in tons of mix-ins. I should start thinking of combinations right now. 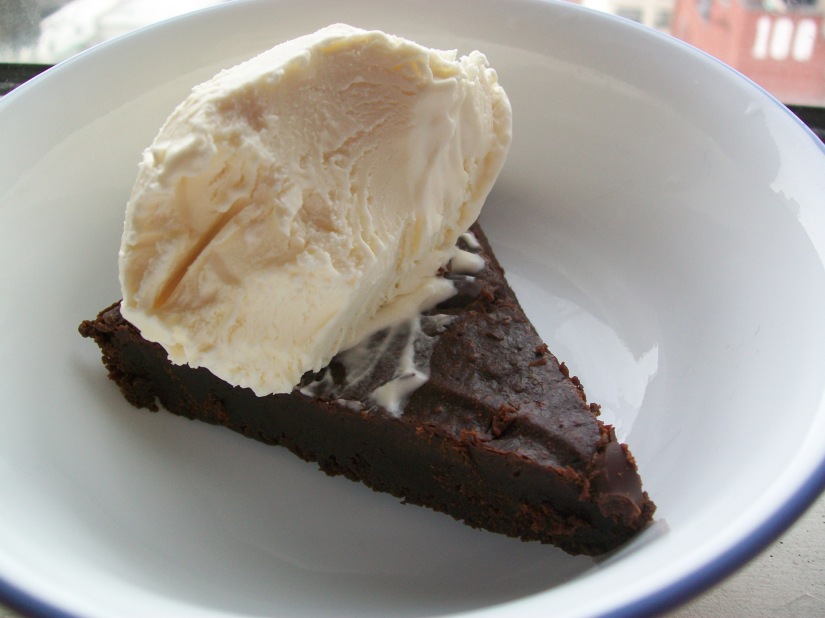 Doesn’t it look like pure FUDGE? Delicious death in a bowl, that’s all I have to say.